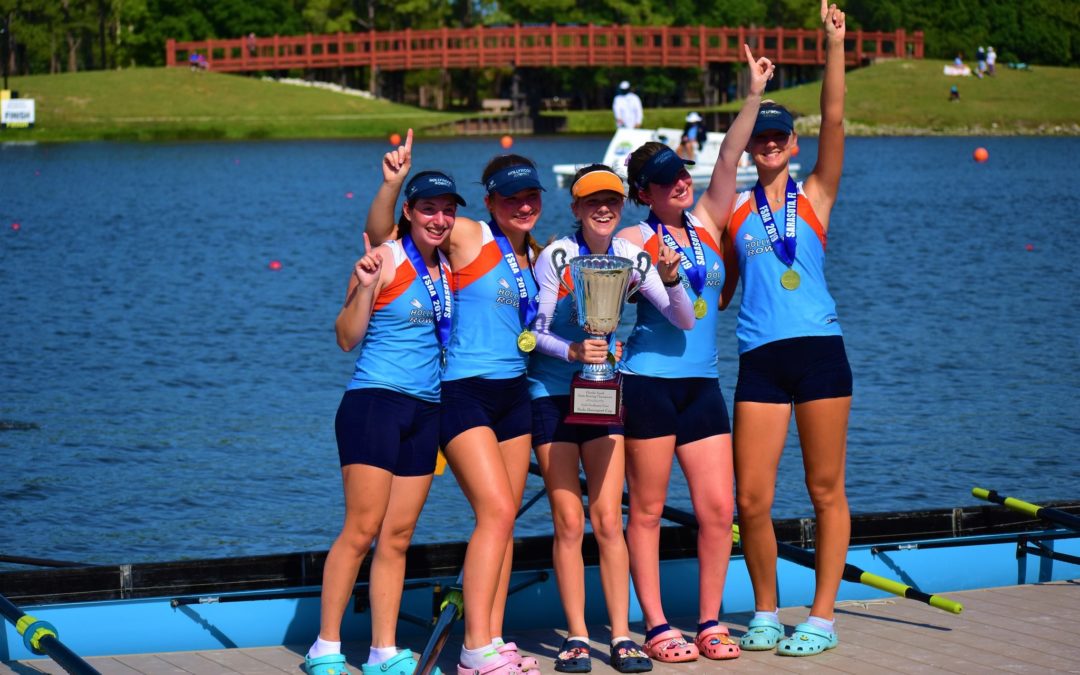 Our Freshman 4+, consisting of Audrey Vilendrer, Thalia Schneider. Gabriella Shires, Jenna Keith and Alisa Rosenblat won the Florida State Championship in Sarasota on April 28!  After working hard all year long, these five girls were determined to end the season with a bang.  They easily won their heat on Saturday to go directly to the Grand Final on Sunday.  In the Grand Final, they led from start to finish proving they are indeed worthy of the title “State Champions”!

This win inspired them to go onto the Southeast Regional Championship in Oak Ridge, Tennessee in May to face crews from Florida, Alabama, Georgia, North Carolina, South Carolina and Tennessee.  There, they had to race a time trial over 2,000 meters which they had never done before.  They earned the 3rd fastest time of the 19 crews entered.  This earned them a spot in the Grand Final.  They were very nervous going into the Final as thay had never raced at this level before.  But they stayed focused and it paid off.  They led the entire way again but got edged out by a very strong crew from Asheville at the very end to get 2nd by only 2 seconds.

This boat gave Hollywood Girls Rowing Club two firsts for our program – a State Championship and a medal finish at Regionals.  1st in the State and 2nd in the Southeast is certainly a nice way to begin your rowng career.  The future looks very bright for these young ladies!