We are a family affair.  Kathy, Megan and Michael are siblings – three of seven children who all rowed.  We grew up in South Jersey where Crew is big.  We learned to row in middle school, continued at Holy Spirit High School and then rowed for Florida Institute of Technology (FIT).

Kathy and Megan are Master Rowers at Hollywood Rowing Club (HRC).  In September of 2015, we met some girls from St. Thomas Aquinas High School who wanted to row.  We offered to teach them on Saturdays.  More girls joined.  They wanted to race, so we began adding more practices.  We went to two races our first year and medaled at each of them.  Last year, we had 37 girls, a schedule of races and practiced six times per week.  In a very short time, we have become a competitive team earning medals at every regatta we attend, including States and Regionals.  We have won two State Championships and medaled at Regionals twice!

In 1979, when Kathy and Megan began Holy Spirit High School they only had a Boys’ Crew Team. They had four brothers who were all on the Crew Team.  Our mother saw the benefits that Rowing was having on her boys – developing a solid work ethic, becoming responsible and accountable, getting in excellent physical shape, hanging out with good kids and getting into college on scholarships. She wanted this for her girls too.  She asked to begin a team for the girls but the school said no. They did not believe that girls should be rowing.  So, she started a girls club at another boathouse.  In 1982, after a few years of proving themselves, Holy Spirit accepted the girls as a varsity sport and they have won several national titles since. Our mother passed away from breast cancer in 1985.  Holy Spirit gives out the Rita McDevitt Award every year to the girl who most embodies sportsmanship and leadership and the New Jersey Scholastic Rowing Championship awards the Rita McDevitt Memorial Trophy to the winning Girls Senior 8.  We think of her all the time in our efforts with our team today.

Because that’s all we can handle with our current equipment and coaches. Because it’s kind of like a “girls club”.  Because we have six daughters between us and we know girls.  Because we want to show girls how to be strong, healthy and confident.  Because we have a great group of girls!

What’s The Deal with St. Thomas?

IIn 2018, St. Thomas Aquinas High School (STA) added us as a club sport and we are very proud to represent STA! 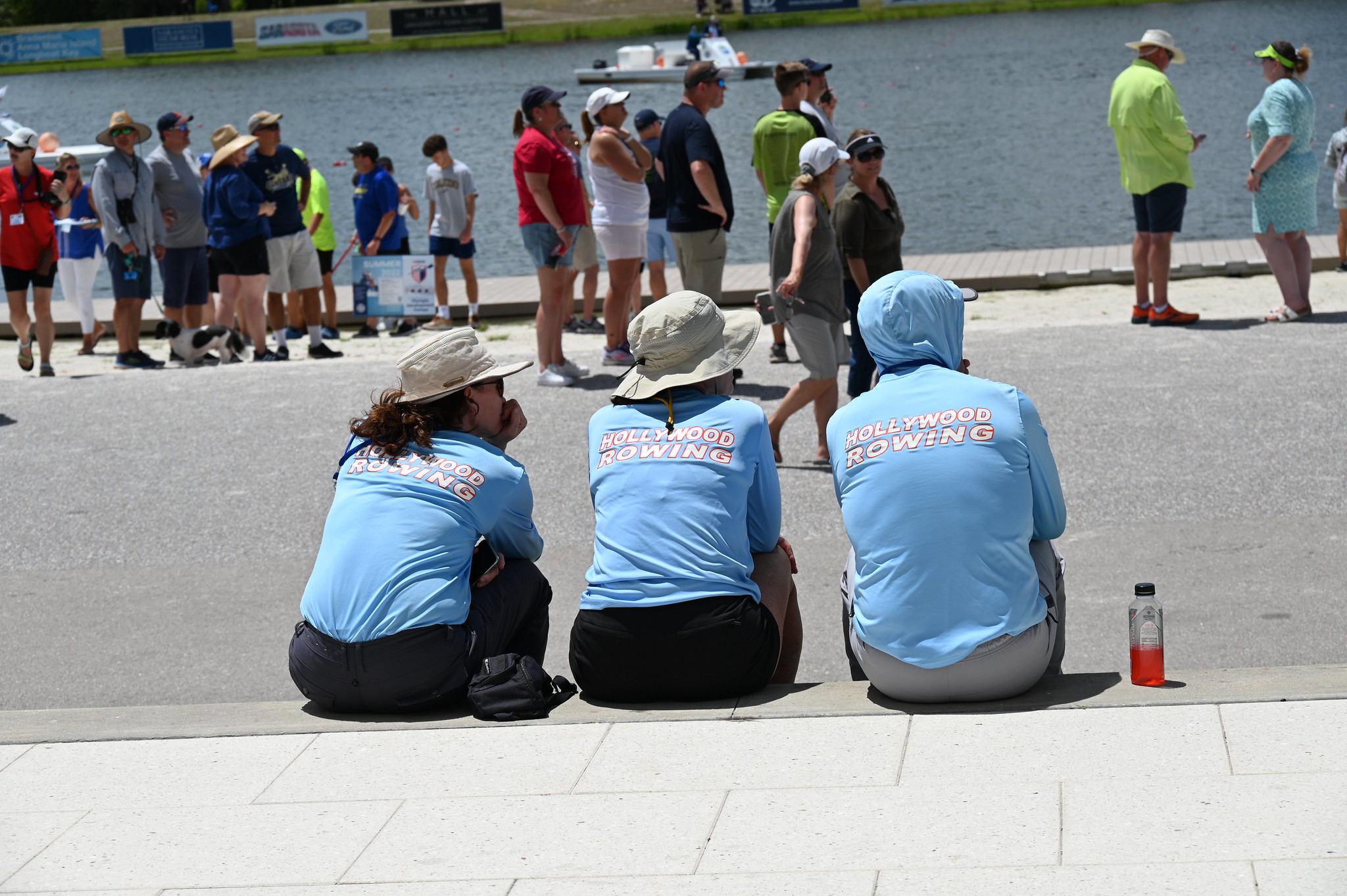